The Case for Wiki-Based Projects (Part 1)

January 09, 2019
A bit of preface; my ELP classroom is structured unlike nearly any class I ever took in school. It is, however, the dream class I always wished were possible. Outside of whole-class activities, discussions, and debates, a bulk of the work is on student-driven projects. The students pick something they're interested in, develop goals with a tangible end-product in mind, and do research to develop needed skills as needed. Some students work in groups, many are individual. It sidesteps the whole "when am I going to use this?" question by ensuring the students are working on something they have a desire to learn and use.

One of my biggest issues to tackle going into the second semester of my big classroom experiment was efficiency. Teachers are already strapped for time, a fact I never really understood until I started doing this. When I was in school, and hour seemed to drag on into three, but now that I'm the tall person in the room I feel like I always have half as much time as I need.

So, where is the most time wasted in my classroom? I took a stopwatch inventory.

Unsurprisingly, a decent chunk is from this dang teacher that won't shut up. Whenever he wants to share some bit of (usually nerdy) knowledge, he'll clog up the first 10 minutes of class talking about it.

Well, whatever. I guess that can be trimmed up. I really enjoy sharing interesting tidbits from all sorts of fields to stoke the kids' curiosity and encourage them to do some further research on things they like, but I can probably be a bit more succinct. Deal.

Another big sink is students messing around. That's fair (and inevitable), but usually only affects the students goofing off. Part of the benefit of students working on so many different projects is that they compartmentalize well.

So on a micro scale, there aren't any big time sinks. Macro? Well, that's where I run into issues.

One of the biggest investments of MY time in class is when a student starts a new project. The beginning of the semester is slow running while we get everyone on the same page and get them a direction. Once they know where they're going, most students are comfortable running on their own a bit, even if they get slightly lost along the way. Much of a typical day for me is floating through the class, making sure kids are on task and answering questions. When a student starts on something brand new, I have to come to a grinding halt and help explain to them what materials they need to use, what their resources are, help answer basic "101" questions, and establish what their direction to success looks like.

One of my biggest reliefs was when a student started on Arduino programming roughly a week after another student. I foisted the poor novice onto the (barely) more experienced student and said "here, help explain what you've been doing and how to get started to her." I know that people cement ideas the best in their head when they have to explain it to others, so it was definitely helpful for the student a week into their circuit project, but I still felt a bit guilty.

Huh... If only I had a more efficient system for students to share knowledge with each other. I mean, sure, I lucked out this time, but what about next year when I get a new group of kids that wants to make a hovercraft? My group that just built one won't be around to explain what they'd done, and they won't get the benefit of explaining their work, struggles, and thought-processes with others. I want to find a better way to handle this.

At the same time, the last couple weeks of the semester dragged to a standstill. The final week was a Student Showcase, where each group presented about their semester, their projects, and talked about their learning process. It ended up taking longer than I'd planned, it was stressful for students, and the week or two beforehand were spent working on presentations rather than further work. For a class I tried to build on constant forward momentum, it sure ground to a halt near the end.

So, I need a way for students to present the culmination of their work that doesn't suck up so much time. Mainly, I think they should work on it as they go, rather than scrambling at the end to document what they did in the past. It'd be great if this doubled as an explanation for students following in their tracks, whether starting the same project a week later or years down the line.

This sounds an awful lot like an Instructable. I LOVE Instructables. But having students write their own for Instructables.com isn't really feasible. Especially for really basic or unfinished projects. So I'll need my own site for this.

While I'm at it, it would be great to have a centralized collection of resources I want to point students to. Instead of teaching each student how to spell Arduino, navigate to the correct version of Construct for game programming, or helping them navigate the confusing quagmire of Adobe's tutorial/help base, why don't I just have a page of links to important resources and information on them? Maybe categorize them so it's easier to get around. Oh, and I could link to the student's documentation pages for their projects, so they can be used as resources too! That would be great for all the...

OKAY FINE YOU GET IT ALREADY. I'm building a classroom wiki.

I'm a huge believer in the wiki dream. I think Wikipedia is one of the crowning achievements of the internet, and I hate the stigma that (often) comes attached to it in schools. I was in grade school when Wikipedia was first invented, and I (thankfully) discovered it on my own. I loved reading up on whatever and following the rabbit hole of in-page links to just LEARN. I was extremely surprised when so many teachers told me Wikipedia was basically a demon website and a sin upon the face of knowledge. I understand the notion that it's not a reliable source for citations, but so what? Most learning (ideally) isn't done in the context of writing a paper or formal research. Most people will NEVER do that outside of required assignments in social studies or english classes.

What Wikipedia inspires is curiosity. You can learn about anything at any time, and most of the time you'll get factual and detailed information. It's amazing when you just want to know a bit more about something, or want to know what something is, and the connections between related pages make it SO easy to do further reading as needed. I encourage my students to use it on a daily basis because I want them to feel empowered to learn. I want them to have the idea that they can discover information on ANYTHING at ANY TIME. I feel like beating them over the head for not using the "right" resources is counterproductive, and is punishing people away from wanting to learn. The easier it is for people to find information and absorb it, the more likely it is that they'll actually do that. If I want to develop lifelong learning in my students (stated goal of my class), then I need to make that process seem as easy and convenient as possible.

So, building a communal webpage for students to document and tutorialize their work, along with resources they've used or that I've shared. That's the goal. Next time I'll talk about how this thing will actually work.

Popular posts from this blog 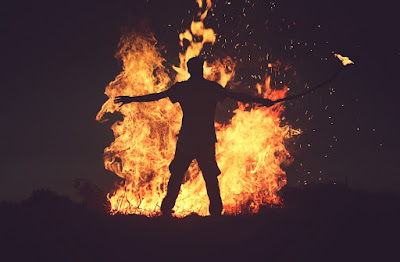 So, brief background for readers outside my classroom: I'm a first year teacher. I teach elective courses and my school's Extended Learning Program. I teach in Alaska. Yes, it's cold. This Fall has been a whirlwind, one which no amount of student teaching really could have prepared me for. Something about suddenly having full responsibility for everything happening in the classroom is simultaneously freeing and overbearing. This is doubly true when teaching electives, where there isn't as much Standards-Based goodness for me to look towards when I feel out of my depth. A lot of the last few months has been me figuring out what I ideas needed to teach, brainstorming the best way to give students experience with the topics, and then desperately hoping no fires burst out in the process. So far we've had a good run. There were only two fires this semester. I have 150 middle-schoolers. This is an accurate depiction of my classroom some days. That said, my class
Read more

The Case for Wiki-Based Projects (Part 2)

Last week I talked about my brilliant and doomed  innovative  plan to adopt a class wiki to help organize student projects and share resources amongst my classes. I'm rolling assignments related to this out next week, so it's probably a good time to talk about exactly how this whole thing is supposed to actually work. At a basic level, all I'm having students do is assemble a Google Sites page with information about their projects. All of these pages will be on the same Google Site, but the same thing could mostly be accomplished by having each student group just make their own site. The benefit of having everything on a single page is for ease of linking between pages (a staple of wikis) and so I have direct control over everything. That's less for the sake of my ego and more so I can ensure that a student doesn't link to somebody else's site only to find a month later that everything's deleted and nobody saved the info. It's cleaner if I have everyth
Read more